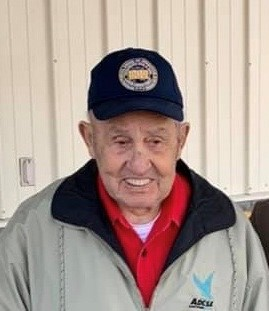 Please share a memory of Francis to include in a keepsake book for family and friends.
View Tribute Book
Francis "Frank" Robert Bianco, age 89, of Watkins Glen, NY went over the rainbow surrounded by his loving family in the comfort of his home on Saturday, March 21st, 2020. Frank was born in Watkins Glen on February 3rd, 1931, the son of the late Nazzarno and Mary (Butccolini) Bianco. He attended Watkins Glen Central School and served in the U.S. Army during the Korean War era from 1953 to 1955. Frank married Carol Bernas in Elmira, NY on November 8th, 1958. He worked for 49 years as a heavy equipment operator until his retirement in 1996. He was a member of St. Mary's of the Lake Catholic Church and was a lifetime member of the Watkins Glen Elk's Lodge #1546 and the VFW. He was also a member of the Moose Club, the Mechanics Club and the American Legion. Frank is survived by his loving wife of 61 years, Carol Bernas Bianco; son, Chuck (Suzanne) Bianco, of Watkins Glen,NY; daughters, Marti (Jeffry) Dense of Groton, NY and Betsy (Steven) Niles of Cicero, NY; grandson, Craig (Alycia) Bianco and their children Landon and Lucus; granddaughters, Sarah (Matt) Jaynes and their son Carson and Molly Niles; as well as, several nieces and nephews and his coffee buddies. In addition to his parents, Frank was predeceased by his seven older siblings. Services celebrating Frank's life will be held at a later date, to be announced. In lieu of flowers, memorial donations may be made in his memory to the charity/organization of your choice. A special thank you to Ann Marie and Liz and also to the folks at CareFirst. Arrangements are with the Haughey-Wood & Zinger Funeral Home, 119 5th st. Watkins Glen, NY 14891. Memories of Frank may be shared with his family and friends at haugheywoodzinger.com
To plant a beautiful memorial tree in memory of Francis Bianco, please visit our Tree Store

Look inside to read what others have shared
Family and friends are coming together online to create a special keepsake. Every memory left on the online obituary will be automatically included in this book.
View Tribute Book
Services for Francis Bianco
There are no events scheduled. You can still show your support by planting a tree in memory of Francis Bianco.
Plant a tree in memory of Francis

Share Your Memory of
Francis
Upload Your Memory View All Memories
Be the first to upload a memory!
Share A Memory
Plant a Tree