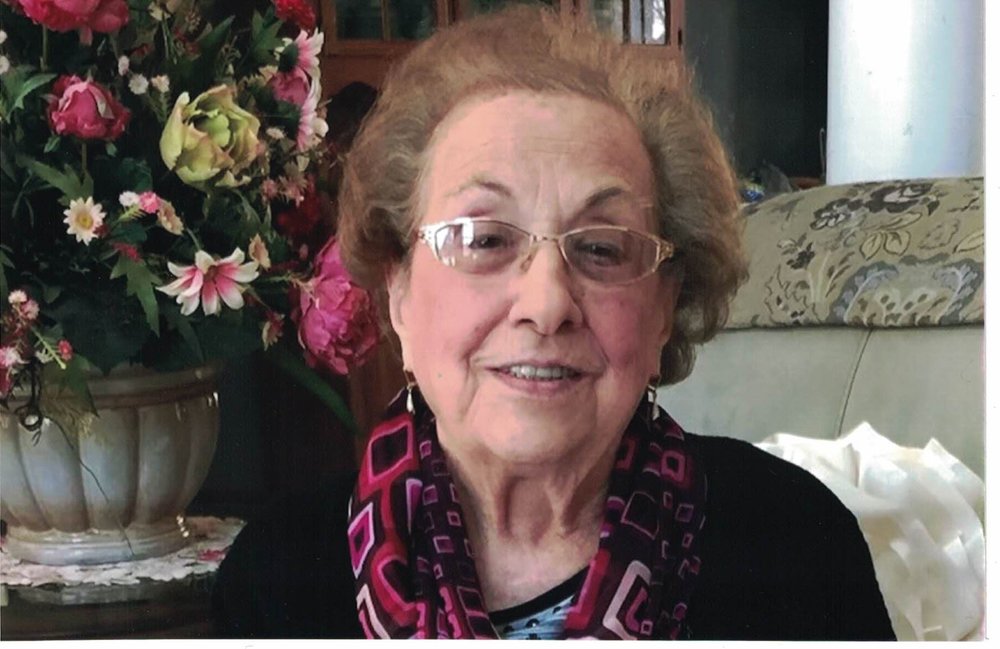 Please share a memory of Carmela to include in a keepsake book for family and friends.
View Tribute Book
Carmela Fazzary Simiele of Watkins Glen, NY passed away peacefully, at the age of 97, on January 7, 2021. She was born on July 9, 1923 in Watkins Glen, NY, the daughter of the late Antonio and Maria (Palamara) Fazzari. Carmela was a communicant of St. Mary’s of the Lake Church and a member of the St. Mary’s Guild. She was employed at Shepard-Niles Crane and Hoist and provided child care services in her home for many years. Carmela was always known to be kind and compassionate to her family and friends. She will be remembered for her beautiful smile, contagious laugh and great sense of humor. Carmela was very dedicated to her faith and the church, which was evident in the way she lived her life. In addition to her parents, Carmela is predeceased by her husband, Medio Simiele, on February 21, 1996; siblings, Michael (Angelina) Fazzary, Jennie (Joseph) LaFace, Tomasine (Roy) Sacco, Andrea Fazzary, Mary (Louis) Perazzini, Frances (James) Peters, Dominick Fazzary, Henry Fazzary and son in law, Patrick McCallum. She is survived by her children; Sandra McCallum, Kathi (Luis) Sanabria and Karen (David) Palma; her grandchildren, Michele, Stephanie, Steve, Chrystie, Sean, Michelle, Marisa and Ashley; 14 great grandchildren including “Gianna” with whom she had a special bond; her brothers, James (Marie) Fazzary and Sam (Doris) Fazzary; sister-in-laws, Reda Fazzary and Nancy Fazzary. She is also survived by several nieces, nephews and friends. Funeral arrangements are under the direction of the Haughey-Wood & Zinger Funeral Home. A funeral mass will be held in her memory at St. Mary’s of the Lake Church in Watkins Glen at a later date for family and friends. Memorial donations may be made to St. Mary’s of the Lake Church, P.O. Box 289, Watkins Glen, NY 14891, Schuyler Health Foundation, 220 Steuben St, Montour Falls, NY 14865, or a charity of your choice. We would like to express a heartfelt thank you to Dr. Spaulding and his staff, Dr. Saks and the staff at Schuyler Hospital, Schuyler Volunteer Ambulance, the Schuyler Physical Therapist Team, especially Catharine Relation, who all provided kindness and compassion to Carmela’s care. A special thank you to Debbie Parkhurst for the loving and professional care she provided for Carmela in her home.
To plant a beautiful memorial tree in memory of Carmela Simiele, please visit our Tree Store

Look inside to read what others have shared
Family and friends are coming together online to create a special keepsake. Every memory left on the online obituary will be automatically included in this book.
View Tribute Book
Services for Carmela Simiele
There are no events scheduled. You can still show your support by planting a tree in memory of Carmela Simiele.
Plant a tree in memory of Carmela